Your calm mind is the ultimate weapon against your challenges. So relax.

Have you ever stopped to consider what

What is the secret of success behind top 1% performers in every field?

Is it sheer hard work, luck, inherited income, networking, good idea, or any other thing?

Depending on who you ask, you may get any one or more than one of the above answers.

However, if you really think about it, everything boils down to ultimately one thing- mind.

Every successful personality has one thing in common- they control their mind instead of being controlled by it.

Your mind can be a terrible master as well as a wonderful servant. It depends on you how you treat it.

A calm and peaceful mind is the reservoir of creative ideas. It gives you the power to turn those ideas into reality.

On the other hand, anxious mind full of negative thoughts hinders your imagination and prevents you from reaching your maximum potential.

Meditation is a scientifically proven technique to harness the true potential of your mind. It not only makes you calmer and peaceful but also enhances your cognitive abilities so you make better decisions.

This is the reason why many successful people have made meditation as a part of their routine.

Today we bring you 17 extremely popular celebrities who meditate daily without fail as they continue to witness the incredible effects of meditation on their lives.

Famous actor Richard Gere is one of the celebrity Buddhists who has been practicing meditation for a long period of his life. His first inclination towards Buddhism began in his early twenties when he began to question his purpose of life.

(Read more: 8 Life-Changing Reasons Why You Must Meditate If You’re In Your Twenties)

After dabbling himself into the practice of Zen meditation, he came across His Holiness Dalai Lama in India. Since then, Dalai Lama has been his meditation guru and Gere has been doing meditation under his guidance!

Supermodel, actress, businesswoman, mother, author- many tags define Miranda Kerr. Kerr has been an ardent lover of yoga and meditation for the last 20 years.

And given her gorgeous looks, you might wonder if there is any special Miranda Kerr meditation? Then it is nothing special as she believes that even a minimum of five minutes meditation in morning and night can be beneficial to you!

This Wolverine star is a known proponent of Transcendental Meditation and has openly admitted that meditation has changed his life.

Not only has meditation helped Jackman in dealing with his nervous restlessness and stress but also helped in making better decisions while shooting for his movies.

No wonder meditation must have also helped Jackman to maintain his youthful looks even at the age of 48!

Have you ever wondered how Rachel Green from Friends has managed to maintain her stunning looks even years since the show ended? The answer is in her regular meditation practice!

Twenty minutes, you just notice the difference! When I get lazy and don’t get it in, I can feel a difference in the day. So I try to meditate first thing when I wake up.

In the beginning, you need not or perhaps cannot meditate for 20 minutes. But you’d be surprised that as little as 1-2 minutes a day of mindfulness meditation can bring subtle yet effective changes in your life.

Go through this amazing post and start meditating right now- How to Do Mindfulness Meditation?

The meditation of Angelina Jolie is unlike any other traditional meditation practice. Spending time with her kids and losing track of time is her idea of meditation. And I cannot agree more with it.

After all, in the beginning, meditation is really about being in the moment and giving a rest to your always talking monkey mind!

Clint Eastwood is another popular celebrity who wholeheartedly supports Transcendental Meditation. He meditates twice a day and has been doing meditation for the last 40 years.

I’ve been using it for almost 40 years now – and I think it’s a great tool for anyone to have, to be able to utilize as a tool for stress. Stress, of course, comes with almost every business.

You need not worry about the type of meditation if you are a beginner. You can simply begin from mindfulness meditation or you can go on a free 10 day Vipassana meditation retreat.

You can also read about my experience of Vipassana retreat and decide for yourself if you are ready for this challenging ordeal as it is not easy!

Sir Paul McCartney, one of the founding members of the legendary music band, The Beatles has been meditating for the past 50 years.

I think it’s always very good to get a sort of still moment in your day. Whenever I have a chance in a busy schedule, I’ll do it, if I’m not rushing out the door with some crazy stuff to do. But yeah, I always like to take a moment and just meditate.

Their visit was widely covered in media and generated a huge buzz in the west. Since then, the band took active participation in promoting Transcendental Meditation

Highly successful NBA player, Kobe Bryant starts his day with mindfulness meditation. In an interview with Oprah Winfrey, he revealed his daily meditation practice and how it helps him to clear his mind for the day.

That could be indeed the secret behind his intense focus on the basketball court!

One of the funniest comedians of this generation, one often wonders what is the secret of the energy behind this seemingly mad, vibrant Jerry Seinfeld.

I’ve been practicing Transcendental Meditation most of my life. I think that does something to your nervous system. It has given me a calmness I don’t think I had at 19. It’s like having a charger for your whole body and mind.

Seinfeld gives Transcendental Meditation a huge credit behind his almost maniacal energy on the stage.

When Keanu was shooting for movie Little Buddha, he had traveled to the Himalayas in Nepal to talk to Buddhists. He says that he learned to meditate along with few life lessons in that trip to the East.

In his own words,

The personal experiences that I learned from meditation have helped to change the way I live my life by modifying my perception of myself and of others. What I remember most, is that we must conquer our fears. I’ve been trying to do that ever since.

And this is indeed true. When you meditate, you move beyond your fears that keep you trapped in mediocrity. Click To Tweet

You may think Madonna is the least likely celebrity to do meditation, especially if you are only familiar with her earlier life. She was quite a lovable brat at that time.

Now things have changed a bit as she seemed to have realized that there are other ways to get high apart from cocaine and champagne. A huge credit of this transformation goes to meditation.

Did you know that Jet Li is the only Chinese who is five times National Wushu champion? In fact, the Chinese government has even declared him as the national treasure.

You might have seen Jet Li only kicking asses of villains and throwing punches and kicks that have potential to kill anyone. However, Jet Li is also a huge proponent of meditation.

In fact, he credits meditation as part of his martial art training. Meditation is, in fact, his training secret number 3 according to an interview he once gave to Men’s Health.

He meditates daily for an hour and has even gone up to 14 hours a day in meditation! That’s pretty impressive, don’t you think?!

The popular actress, Eva Mendes, has openly spoken about benefits of meditation, particularly in her career as a Hollywood actress.

I’m actually huge into meditation, Transcendental Meditation, and that really helps create not only a sense of balance… this is going to sound clichéd, but [also] serenity and kind of a calm state of mind.

Oprah is another celebrity who has time and again credited meditation as the most important part of her life.

In fact, when she first started meditating and doing Transcendental Meditation, she felt such an inner calm and peace that she made her employees at work also do the same. Nowadays they have meditation sessions in the office daily.

It is probably due to this mainstream attention that even schools are now incorporating meditation in school life with some sending kids for meditation in detention!

The legendary tech mind behind the most valuable company in the world, Steve Jobs embraced meditation quite early in his life.

He was particularly fond of zen mindfulness meditation that inspired many of his creative business decisions. His travel to India was a major precursor to his meditation habit that he followed until his death!

Kate Perry is one of the latest celebrities who has joined the Transcendental Meditation movement. After all, being one of the most popular pop stars in the world does come with many moments of overwhelm, stress, and anxiety.

And meditation seems to be the go-to option for these celebrities to deal with such moments.

In her own words, Kate Perry once admitted on her birthday on Twitter,

Transcendental meditation changed my life. For my birthday I would love to pay it forward. In lieu of gifts, donate http://t.co/8WbTEm7b

Russel Brand is one of the most eccentric celebrities who meditate. He is a vocal supporter of Transcendental meditation.

From being an impulsive and flamboyant personality grappling with drug addiction issues to a seemingly calm and completely drug-free for years, Russell Brand has come a long way.

And he credits his recovery and changes to his meditation habit which he calls a daily “shower for the brain”!

The above are just a few celebrities who meditate daily and have experienced the several benefits of meditation. Many more successful personalities from all fields are moving towards meditation as a way to deal with overwhelming stress and anxiety in modern life.

A calm mind is not only a precursor to success but also contributes to your holistic health that involves your mind, body, and soul.

Moreover, in many cases, it is also found that you can lose weight with meditation as well! If there is one reason to begin your meditation practice, there’s no more strong reason than that.

You can also take the time to be mindful in your day to day activities, for example, eating. Mindful eating is a wonderful practice to incorporate mindfulness into your daily life.

If you are looking for a place to learn meditation in India, you can take a free 10-day meditation course at Igatpuri Vipassana center in Mumbai. But make sure you know what is Vipassana meditation before you take that journey.

To get latest updates from Meditation without Mumbo Jumbo into your inbox, enter your email address below: 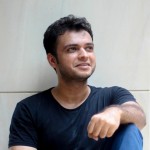